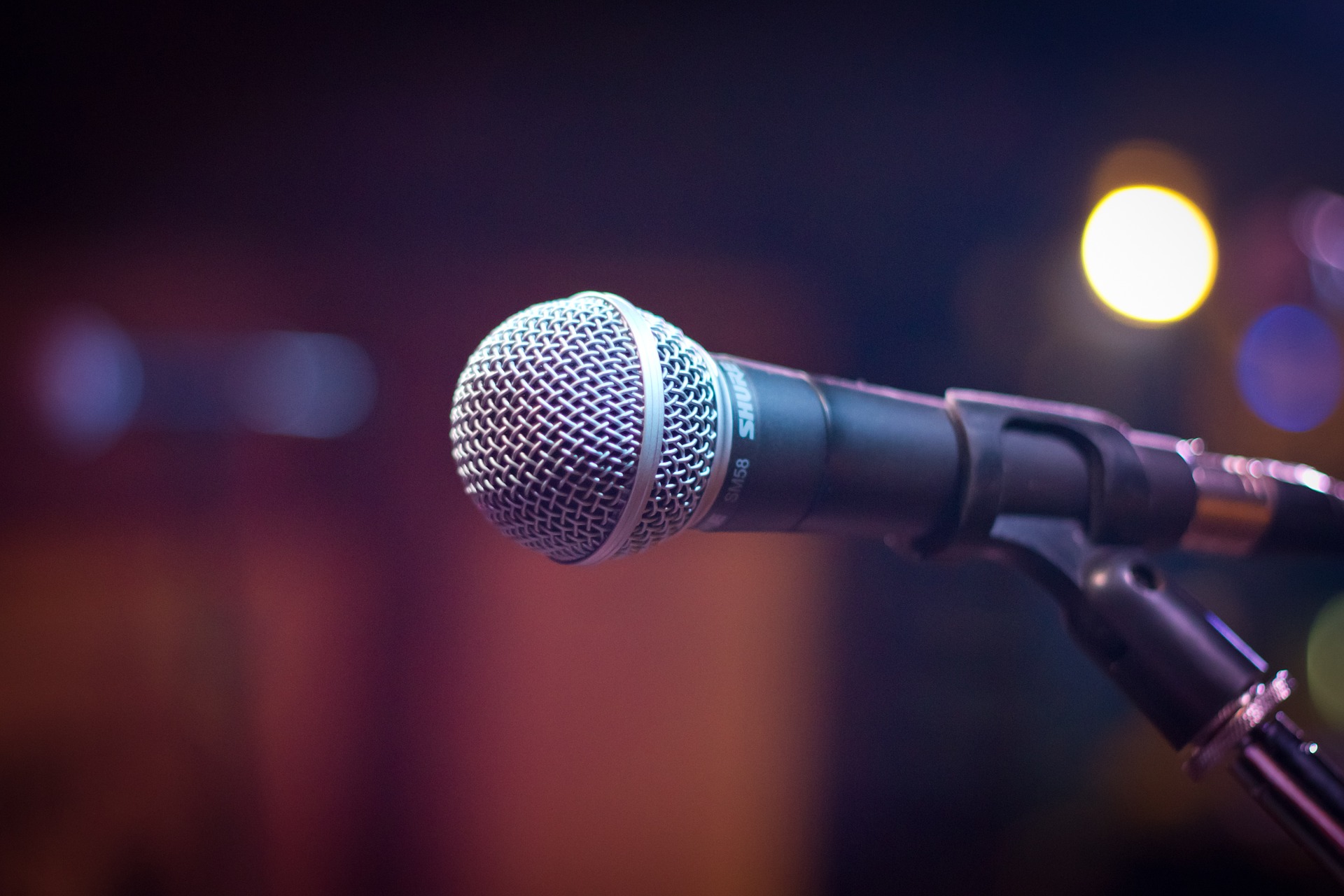 As part of my work as the project lead on the Learning Futures project, I featured in a series of interviews that were published in 2014.

This interview was originally produced for the Learning Futures Project and has been reposted from their website.

Has the action research aspect of Learning Futures been an important part of your process?

Somebody described our proposal as a “nuts and bolts, hands on” kind of project. I liked that. Had it been more theoretical it wouldn’t have been as interesting for the team or as valuable for the staff and students that have participated. We’ve blogged a lot—put a lot of information out there—and that was a decision made at the outset by Anne-Marie McNicholas, our Dyslexia Specialist Tutor, and myself. Anne-Marie had identified, before our pilot last year, how the changes in the Joint Council for Qualifications regulations could affect how we provided support to students, particularly in exams, and asked me to find a practical and cost-effective way to implement the use of computer readers in exams with large groups of students. Anne-Marie has a PhD. in education and enjoys the theoretical side of action research; I am more hands-on and so we work together on a project like this really well. Often when people say ‘I don’t think we can do that in our college’, it’s because they don’t understand the day-to-day nuts and bolts side. The good thing about action research is that it demystifies what actually happens when you set about implementing your ideas.

How did you set about engaging your colleagues?

We already had an existing pilot and our project grew out of that, so there was already a degree of understanding around the project. Not everybody automatically jumped on board, but demonstrating that the idea had already worked on a smaller scale gave us the means to persuade those who weren’t totally open to getting involved that it had some value and benefit. The next thing you need is momentum and that starts to happen once you get the ball rolling and you are able to show students doing exams using the tools and staff using the software and strategies as part of their practice.

Was the project always going to focus on the Orato text-to-speech tool?

The innovative aspect of this project is that we draw on lots of existing tools and resources. As I said to people at the Learning Futures events at Leeds and Preston, we saw an opportunity to use existing technologies but to draw them together in a way that delivered added value. Orato was originally released around 2010. People have used it for several years but not as a tool for use in exams. Applying it in exams is something new, as far as we can tell, and that speaks to something broader—that we can demonstrate, in a relatively inexpensive way, that people can use tools that exist already to do something entirely new. Orato did exist and we had been using it for some time, but we repurposed it away from something we were just using in Study Support. We are repurposing existing tools rather than going for something that is new and looks fantastic because we need the confidence of a tried and tested product that won’t let us down in an exam situation.

Is the project as much about the implementation process as about specific software?

That hits the nail on the head. To get this to work, and to communicate how it works, is about more than having a great idea and using some software with some students. There are lots and lots of people and resources involved and we need to think that through. We need to think about the number of staff involved in getting students to use the technology in exams as well as in the classroom. We need to think about the people and departments we have to involve to just get the processes to work. We’re talking about transitioning from a tool used in Study Support to a tool used across hundreds of exam logins. A huge number of people are involved in this: specialist tutors, classroom tutors, and students; exams staff liaising with exam boards; IT staff organising secure exam logins and distributing software; Education Support Workers working with students in the exams and lessons. Also, especially in exams, it’s a heavily regulated area and we have to get it right.

What issues have you come across with regard to the use of open source software in exam settings?

We’ve been very open about what we’re doing. We’ve given several talks at regional and national events about the work to date. We’ve also been in discussion with staff from the BDA (British Dyslexia Association) about the project. Just before half term, Anne-Marie and I, together with Cath Knox, our Head of Exams, were speaking to staff at one of the larger exam boards about using Orato in exams and how it would work with their new online assessment platform. We’ve also discussed the Joint Council for Qualifications criteria—do the tools work within the regulations?—and we think that they do. It’s really not something I’ve worried about because I’m confident that any issues we have raised as part of this project are being explored and will be resolved.

How will you capture everything you’ve learned about the exams side of things when you create the final resource?

I will be working with Anne-Marie and the Exams team to do this. As I said earlier, I’m the nuts and bolts guy making sure the computers and software work on the day and the students know how to use them with confidence. Someone has to be there to troubleshoot problems. We had a problem earlier in the year getting exam resources in the appropriate format—not because they didn’t exist in the right format but because the process didn’t work. It was an urgent problem around mock papers and we had to contact the exam board, but they were responsive and helpful and couldn’t have done more to help us. I posted more details about this on 30 April in ‘Problems with (mock) exam papers’. With input and help from Anne-Marie and Cath, we will be able to capture what we have learned on the exams side and make sure it’s included in the final resource.

I see that you’ve blogged about your prototype app resource. How is this going?

I’ve uploaded a video introducing people to the prototype app that will be part of our dissemination. It’s at a very early stage and I have no doubts that there will be significant changes to the app as it’s developed, but we really wanted to give people an overview of what we’re working on and an opportunity to give us some feedback. There will be a general introduction to the project, links to our detailed blogs, our videos, and what’s worked well and not so well. There will also be a section on preparing for exams, including interviews with the Head of Exams, assessors, and other staff. We want people to have somewhere to go, to be able to pull up some information and advice, to help them work their way through problems or to check the regulations. We’ll also link to websites and software that we’ve found really helpful, such as resource load2learn. I can categorically say that our project would not have worked without load2learn. It’s simply not practical for us to adapt whole textbooks for use in lessons. We want to encourage people to explore those resources. Our hope for the app is that we give people something they can take and use as a road map for implementing the practices in their own setting.

Has the IT department been receptive to new technologies and new ways of working?

We couldn’t have done this without a very responsive and highly efficient and knowledgeable IT team. At the pilot dissemination event, people told us they would never get an open source tool past IT; but that hasn’t been our experience. We have our organisational values to guide us and, at the end of the day, we are all here to support the students and to make sure we give them the best experience possible. If it’s valuable for our students—the people we work for—we have to do it. It’s not about doing something for the sake of a showy technology project.

Also, this isn’t my project. It’s the work of dozens of people, sometimes doing something small, but that something small can have a huge impact on what we’re trying to achieve. It’s about building bridges with the right people so when you do go to them they will find a way to contribute.

How would you reflect on the journey so far? Is there anything you wish you’d have done differently?

The best description of action research I’ve heard is from a colleague at the University of Manchester who says ‘it’s like building the boat while you sail in it’. That pretty much sums it up! I think that at the end of the project when we start to pull everything together and publish the final app, when I get to read the reports published by everyone involved, and when we get to look over the case studies together, then I might think ‘maybe we should have’. But you can’t assess that when you’re in the middle of it. It’s not been all smooth sailing and we’ve had to solve problems along the way. As we hit exam season, we’re probably going to come across a whole host of problems we’re not expecting. I posted a blog on scaling up the pilot and the issues we couldn’t have anticipated—but that’s precisely why we’re doing it. More problems will arise, but we’ll solve them, and hopefully do a blog or two about it and make the community aware of the problems and our suggested solution

Richard Maclachlan is an Assistive Technologist working at an FE college in the north west of England. You can contact him at contact.maclachlan@gmail.com or by using the form above.
%d bloggers like this: